A calf is born with no active immune system. Colostrum delivers essential antibodies from cow to calf. That makes it very important that the calf be provided as quickly as possible with the first colostrum from the mother, which is rich in immunoglobulins (IgGs) and a whole raft of other important nutrients.
IgGs are absorbed via the intestinal wall, and help the calf build up resistance to a whole array of pathogens that the calf will encounter. 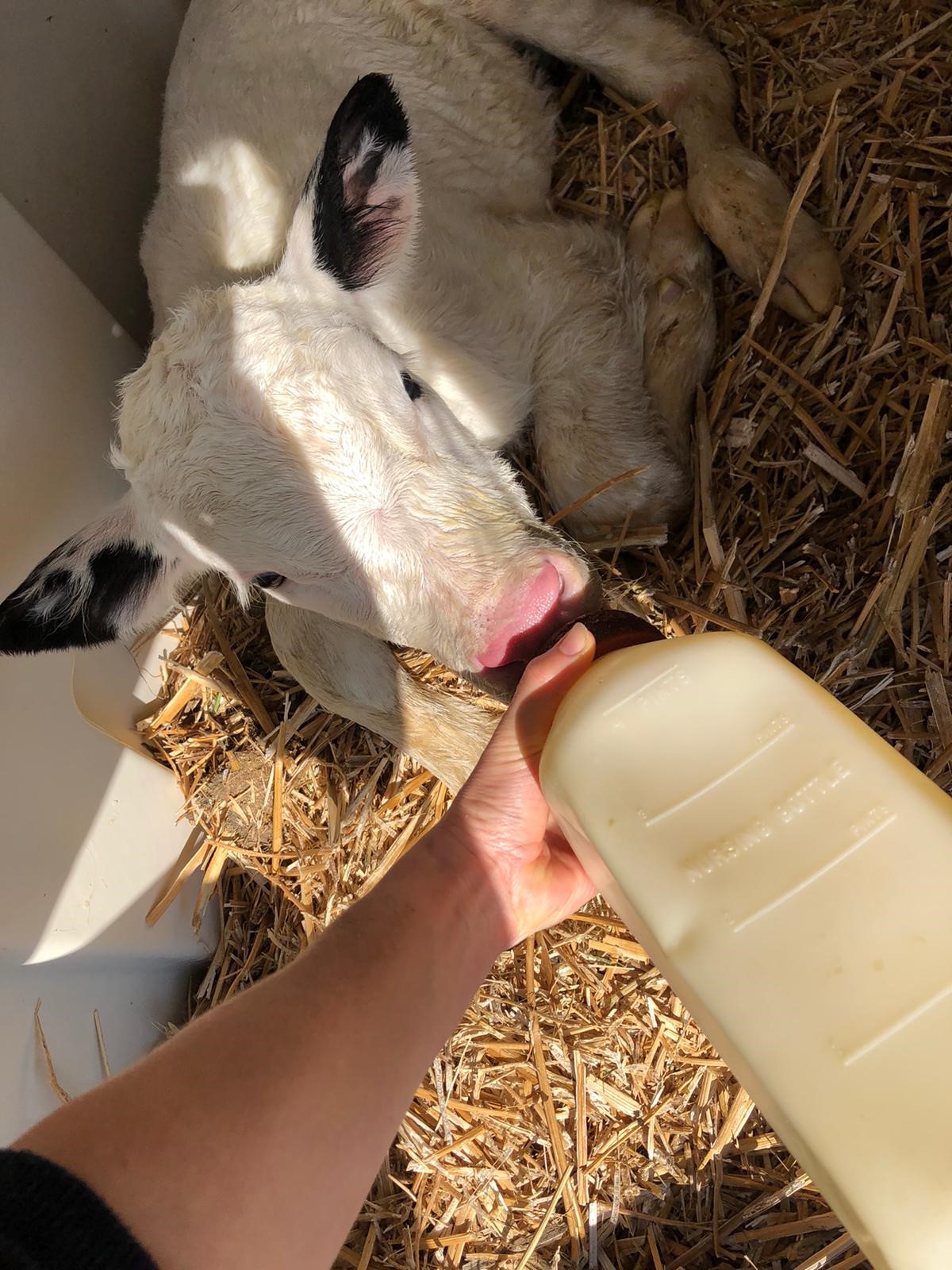 A new-born calf is vulnerable. It has no natural antibodies and during the first few weeks the calf’s own immune system is still insufficiently developed to fight off infection in the intestine (diarrhoea) or lungs (pneumonia). For that reason it is essential that calves be fed colostrum as quickly as possible following birth.

Colostrum contains high concentrations of antibodies in the form of immunoglobulins, abbreviated to IgG that protect the calf. But the antibodies are not the only elements that make colostrum a unique product; colostrum also contains other ‘life-critical substances’: white blood cells, growth hormones, vitamins, minerals, protein and energy. All of these ingredients help keep the calf happy and growing fast, also on day two and three following birth.

For an optimal start in life, make sure that your calves receives at least three to four litres of good-quality colostrum within one hour following birth (rule of thumb for the quantity: ten percent of the calf’s birth weight). A further two litres within eight hours and two more within 24 hours. In other words a total of between seven and eight litres in the first 24 hours, in which only colostrum is supplied from the first milking.

For more tips and information about colostrum,

What factors influence the colostrum quality?

How can you influence the colostrum quality?

Tips how to deliver colostrum to calves in the best way.

Usefull tips how to handle colostrum

Usefull tips how to cool and store remaining colostrum.

The best way to defrost colostrum.

Measuring is the first step towards effective colostrum management.

A BRIX refractometer is an effective colostrum management tool for measuring quality of bovine colostrum. This is a precise and easy-to-use instrument that can be used on farm.

Do you want to know more about how you can measure your colostrum quality?

Do you want to know more about colostrum management, request our colostrum protocol.

Interested in the colostrum protocol or like have more information, request the protocol by filling in the request form below.

A well-arranged PDF with:
with all the information and a step-by-step plan for optimal colostrum management.

News and knowledge for you.

Weaning problems, how to prevent them?

The effect of temperature on sow performance

Colostrum: of life-saving importance for every calf

Cubicles: better too many than too few