Which is best: bucket feeding or teat?

When asked which is best for calves, a teat or a bucket, every ­specialist has his or her own opinion.

Sjaak de Kleijne, young stock ­specialist at Agrifirm in The Netherlands, gave a clear response: a teat. “The calf has to work hard at obtaining its milk. In addition, the posture is better when drinking from a teat, so the risk of powdered milk finding its way into the rumen is reduced.” He described the influence of teat feeding on the digestion of milk. “Because the calf has to apply force to take up the milk, it produces saliva. That saliva contains bicarbonate, which neutralises the feed. And that helps convert proteins into energy, which in turn means growth.”

Twist the teat from + to x

Sjaak offered another tip for using teats. “The opening of the teat forms a + or an x,” he explained. “Over the first three days, the + makes it easier for the calf to take up the milk. By turning the teat to an x configuration after those three days, the calf has to work harder.” As the young cattle ­specialist explained, many dairy farmers are not aware of this instruction for using the teat. “Instead, they attack the teat with a penknife because the hole is too small, but the hole is that size for a reason. The calf should not be able to drink the milk too quickly.”

| For the first three days, turn the teat to the + configuration 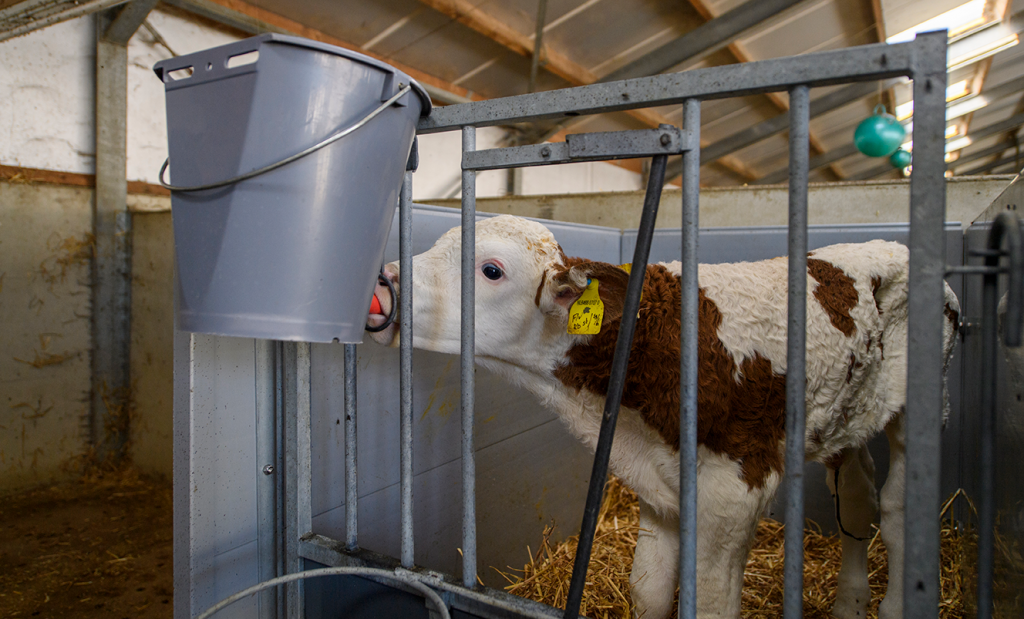 Not buckets but bowls

Fellow young stock ­specialist Johan Verdaasdonk suggested that bucket feeding also works, or even better: in bowls. “If the powdered milk is well prepared, at the right temperature, the oesophageal slot response also functions perfectly. The advantage of bowls is that the calves do not need to dip their head into them, so deeply.” 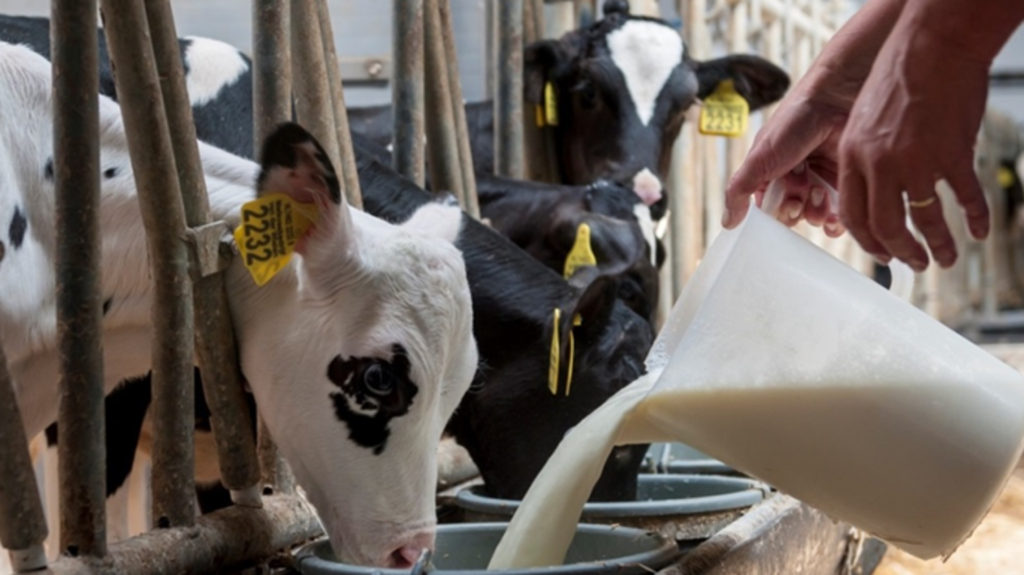 According to the young cattle ­specialist, bowls offer another important advantage. “They are cleaned more often, something which is not always the case with teat buckets.” If asked to express a clear preference: use transparent bowls, buckets and teat buckets. “They are more user-friendly because they enable you to read off the precise quantity, more easily.”

home • News • Which is best: bucket feeding or teat?