To wean piglets with the highest possible weaning weight, the right nutrition becomes more and more important. With the increasing challenges for profitable piglet rearing, supplementation of additional dairy milk products becomes essential. So has recent studies performed in the Pig Farm shown that supplementary feeding of piglet milk during the suckling phase shown to have a very positive effect on the performance of piglets.

Piglet milk, why it is recommended?

Providing piglet milk shows to have multiple benefits for the farmer and the piglet. So, can supplementation of piglet milk contribute to benefits like the reduction of pre-weaning mortality, a greater uniformity within the litter, and also to stimulate an easier transition to solid feed. But piglet milk fed to piglets during the suckling period is also a beneficial strategy to wean piglets with the highest possible weaning weight.

Piglet milk is fed to piglets as a supplement to sow milk to in this way limit the loss of condition of farrowing sows and to keep fertility and productivity high. In practice, we see that the milk production of the sow alone, especially sows with very large litters is not enough. It has been shown that piglets already need additional energy four to five days after birth. Supplementary feeding of piglet milk ensures extra feed intake for the piglets, especially for the smallest and weaker piglets, which makes the piglets more vital and enables them to grow faster. Recent research at our Pig Farm has confirmed the positive effect of supplementary feeding of piglet milk.

Research at the Pig Farm

To assess the effect of feeding piglet milk on the performance of piglets (DanBred Duroc piglets), two groups were created in the farrowing pen. The first group (A) was a group of piglets that only received a creep feed (solid feed) from day 6 onwards and didn’t have access to piglet milk and the second group (B) received piglet milk (Porcolac milk replacer) and a creep feed. In this study, the piglets were fed a one-phase milk during the feeding program as shown in below figure throughout the whole suckling period. The piglets were all weaned at the age of 27 days after birth.

The effects of feeding piglet milk 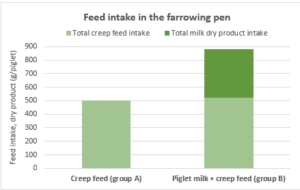 This study has made it clear that the first positive effects of feeding piglet milk are already visible during the suckling period. The extra intake of dry matter from a piglet milk roughly converts into extra weaning weight on a 1:1 basis. In addition to the higher weaning weights when feeding a piglet milk, providing a piglet milk during the suckling phase also has a positive effect after weaning. The piglets are getting used to taking in different types of supplementary feed from other sources in addition to sow milk. As a result, their intestines are better prepared for the period after weaning which can lead to less health problems like diarrhea, stimulate feed intake and growth of the piglets and in this way minimize the weaning dip. The value that additional feeding of piglet milk further provides for the sow, by keeping her in a good condition and a faster weight recovery during/after the lactation period is more difficult to express in euros. But provides certainly an additional argument to consider additional feeding of piglet milk.

Contact our Animal Nutrition team for more information and support. 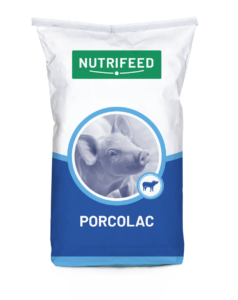 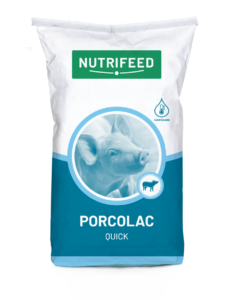 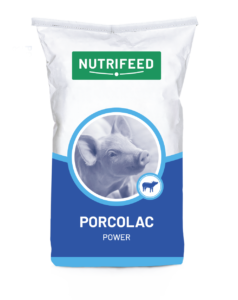